So here we are, another week, another week I am behind, maybe I'll catch up when I'm on holiday, maybe not, hmmmmmm. Everything in the nursery and at home in the garden is gently sliding into autumn which makes the work load a bit less, and welcome  as it's been full on since the beginning of February. After I'd done the flowers on Wednesday morning I had a successful planning meeting with all the businesses at Whitmuir. There are lots of events planned up to Christmas and beyond so keep an eye on our facebook pages for details. The weather was overcast, which was a change, we've really been enjoying the sunny, dry weather over the last few weeks, but it had to end sometime. I used the time to get a pile of paperwork done in the office and some potting up finished. It's sometimes annoying not to get on with outdoor jobs but some rain does get the paperwork done! I was lucky to find some sloes today, not many but enough for a half bottle of sloe gin, which should be ready just in time for new year. You can read our previous sloe gin blog here sloe blog 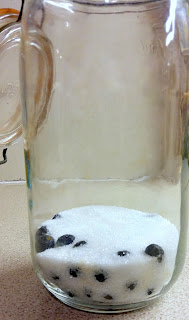 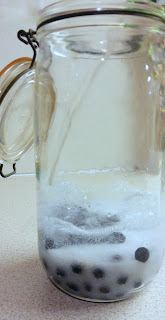 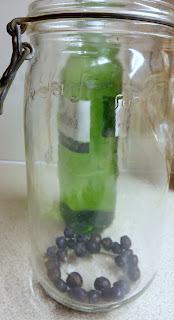 All the best laid plans and all that to get on with the job list in the nursery went downhill after a very poorly Wednesday night being sick through the night. I went in to the nursery for a few hours to do some paperwork, keeping warm by the heter and then finished early and went home to sleep on the sofa. Luckily it seems to have been a 24 hour bug as by Friday I was much better. Which was just as well as I was off to the dentist in the afternoon for a round of treatment. I spent the morning doing all the odd jobs I never get round to in the office and outside so I left the nursery to go to the dentist feeling like I'd achieved quite a lot. After five injections, one filling, a scale and polish and the roots of two large teeth removed it was home to lie on the sofa again! Its turning into quite a week but on the plus side the early morning and evening sun on the autumn trees can look quite spectacular.

Despite being almost the end of October there is still lots of colour in the gardens and nursery with late flowering perennials and autumn colour on trees and shrubs. Here are a few of this week's star performers.

The weekend arrived with more rain, mainly showery and colder, meaning the heater is on every day now in the office and another layer on to keep warm. I spent most of the day potting, getting some plants in small 9cm pots potted up ready for selling next year. I've been gradually moving some less cold and wet tolerant plants from the stock beds into the workshop tunnel, this will be enough to protect them from too much damage over winter and give them a better start in the spring. I managed to get some weeding done in the stock beds between showers but it was mainly a day of paperwork.


Adam was with us on Sunday helping David to lay out the plans for the next garden, straight from paper onto the ground, very exciting. Canes and marker paint do the job to let us see how it will look before cutting and digging over the beds and cementing in the brick edging. All the landscaping materials are ordered so there are no excuses to get on with our main winter job as long as the weather behaves. No pressure to get it ready either as it all needs to be finished and looking established by August next year. For me it was much the same as Saturday, potting and paperwork when it was raining, weeding the stock beds when dry.

This week my days off are a bit muddled up again as David is working and I am taking eldest son to hospital on Tuesday. Since youngest is off for his October break and eldest is coming home for the week, I thought we could have an afternoon out together. We ended up heading to Bannockburn, site of Robert the Bruce's battle victory in 1314. The last time I was here, twenty one years ago,  Ben was a baby in a back pack. Because the weather was showery we headed to the monument first, making the most of a dry spell.


Having got the walk out to the monument out the way (long for Ben with his crutches) we went for lunch in the cafe, soup, sandwiches and cake were all very good and reasonably priced too. The battle experience runs at certain times, so we had a wee wait until it as our turn, but once we were in it was well worth the wait. With 3D glasses you see two films about the back ground to the battle before moving through to the interactive battle room where you learn about key aspects of the battle and the events are brought to life through 3D glasses and the narrative. You can handle the weapons that would have been used and hear the stories of people that would have been on or around the battle field.


On Tuesday Ben finally had his appointment to get his leg checked at Wishaw General. We were taken on time and the doc had a good look at his leg before sending him for an x ray. Once the results were back there was good news and bad. The good being he didn't have to get another plaster on, only a boot to give his leg some support. The bad news was about his wrist which Ben had mentioned was still sore. It got an x-ray along with his leg and turns out it's broken so away for a CT scan and then he was booked to come in the next day for an operation. We didn't see that coming! We just looked at each other and laughed! Home for lunch, house cleaning and baking and getting organised for the next week.

I hope you are having a great week and the weather is being kind to you.