This week turned out to be quite a week!

on March 27, 2015
I was going to write this blog yesterday, but I got distracted.

It started off as an ordinary day, we dropped my car off for it's MOT and then we went for a wee day out and visited Linlithgow palace, we climbed all the way to the top to St Margaret's Bower. David fell to the floor, I thought the climb had been too much, but no he was down on one knee asking me if I'd be daft enough to marry him! And so we were engaged, followed by celebratory lunch and ring buying. It was a wonderful happy day. So now we have some planning to do for late August next year. 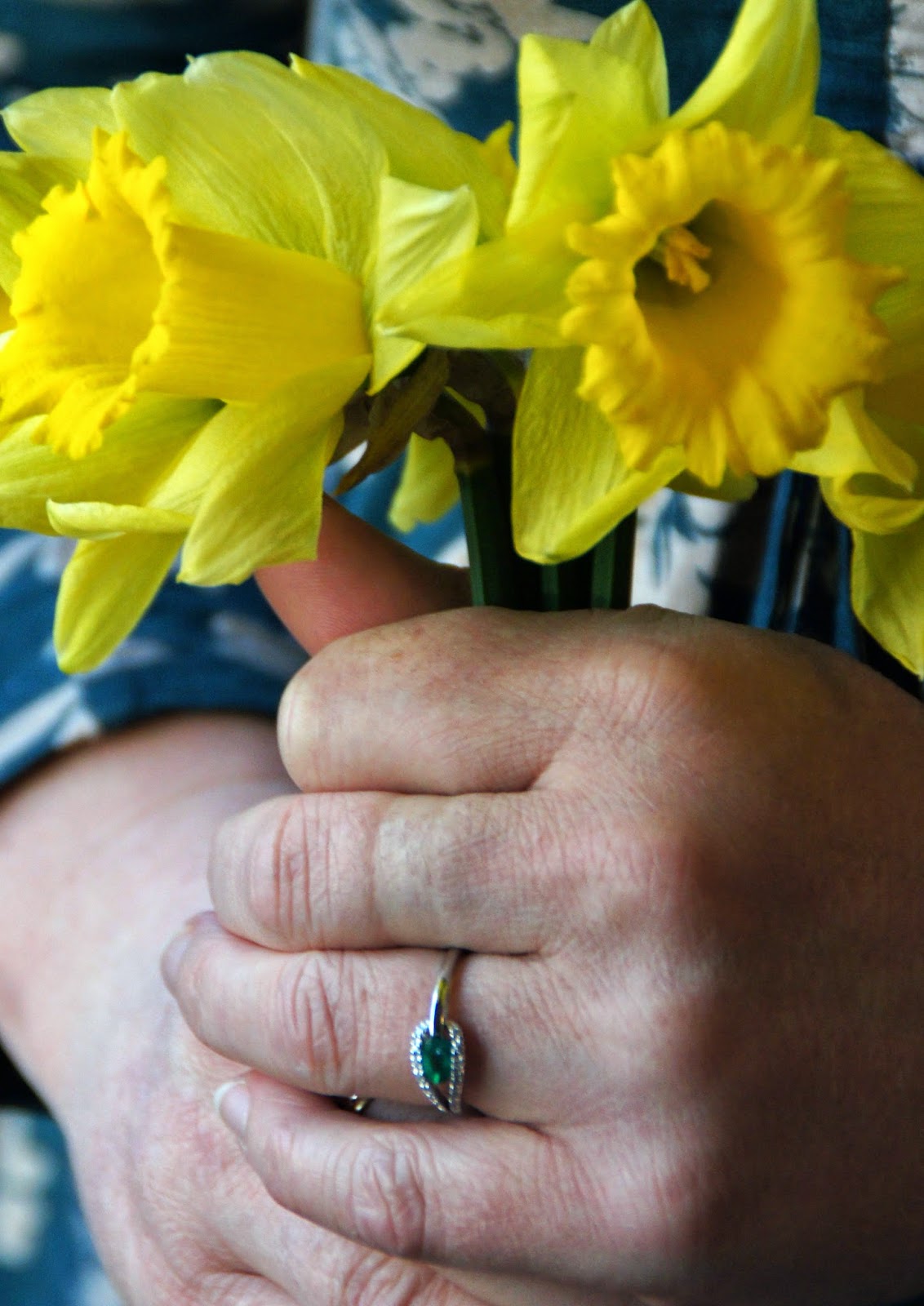 And what about the rest of the week? Monday was another dry and sunny day so Bracken and I had our walk up the hill to the local village school and back. There were a few lambs in the fields, so spring is really happening. These ones are still quite young and cute. Then it was home for domestic duties.

I set up the camera on the tripod at the window again to photograph the birds coming to the bird table, still the same common varieties, it will be nice if we get more unusual birds as they get to know there is food on the table.

Tuesday again was sunny and dry! Wow, that's a few days in a row. After Bracken and I had our walk to the village and back I did some pottering about outside, restarting the bonfire and starting to clear the big bed at the west side of the back garden. This has a few evergreen shrubs in it and LOTS of nettles and sticky willies (cleavers). I tidied up the neglected shrubs and raked off the old leaves and weed tops which went on the bonfire along with as much nettle roots as I could find. There was lots of torn landscape fabric buried under the leaves so that went on the bonfire too. I am not sure what I am going to do with this bed while we are here. It will certainly throw up lots of seedling weeds as the year goes on which will need removed. I have lots of annual seeds that I might throw on it, for some colour, flowers for cutting and photographing.


Wednesday was a great day, David was working away for the day and the weather was perfect (dry, sunny, calm, high cloud) for one of my hill walks. I decided to do a walk I'd had an eye on for a while which would take in 3 Donalds in the Moffat hills (that's me done them all there now) and some New Donalds, so five hills in total over 10 miles. I had planned to do it in seven hours but did it in 5.5, which was pretty good considering the initial ascent for this one was very steep straight away and I thought I'd never see the top! I am going to cover the walk as a separate blog over the weekend.

Thursday, well it was quite a day as you probably gathered at the beginning of this blog. David made his amazing chilli for dinner along with some crusty bead and the red velvet cake Daniel made on Wednesday and we opened a bottle of bubbly in the evening to finish the day off.

Today, Friday, I unpacked the delivery of Pelargoniums from Fibrex Nursery that arrived yesterday. This is what I spent my Christmas money on, adding to my collection with some varieties I've had before and lost and some new ones to try. I potted them up into one litre pots and put them in the heated greenhouse after a good water. There is not an ounce of space in the big greenhouse now, some of the biggar plants I've moved onto the floor so the smaller ones can go on the bench. I have been buying ferns, ivies and Pelargoniums from Fibrex for many years now. Their plants and service are excellent and they usually have a stand at Gardening Scotland.

I think that's plenty to be getting on with for one week, I hope you all have a lovely weekend

Find us on Facebook as the Quirky Bird gardener