This week - lots of gardening

on March 20, 2015
This week the forecast is to be good so I am planning a few days in the garden (fingers crossed). On Monday I took middle son back to Lanark for his train back to uni. I then did a few errands to the council office, the farm supply shop for chicken food and wild bird food and to drop a big bag of stuff at the charity shop. I managed to only buy one book in return, but one of a series of novels I am planning to read. Then it was back to the house for cleaning and tidying and a walk to the local village and back with Bracken.

Tuesday was a wet miserable wet day spent doing some computer work, sorting out photos, dealing with paperwork and emails. After lunch we drove into Edinburgh to take the camera lens I use the most in to get looked at. It has been over exposing photographs which is very annoying. After a couple of minutes looking at it and twiddling the lens the guy had it  fixed, probably a piece of grit jamming it. We dropped into Morton Hall Garden Centre on the way home as I needed some labels. I also picked up some shallots and a pretty yellow double Primula which is sitting on the table on the patio now. 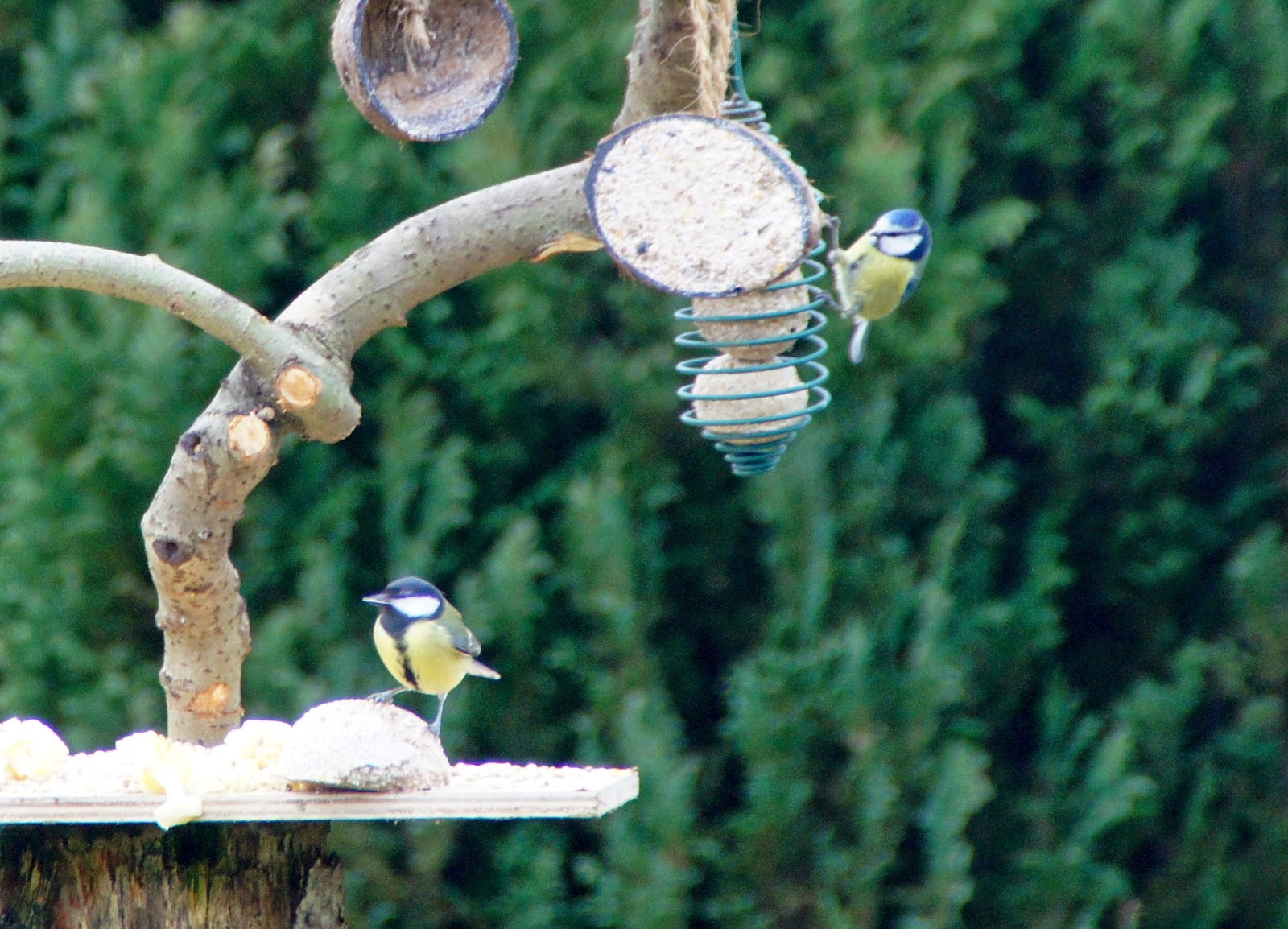 Wednesday as forecast was dry, sunny and warm! It was so good to be working in the garden and feel some real warmth from the sun. I started off by tidying and watering both greenhouse. I moved some of the hardier pots out onto the patio, top dressing and feeding them as they went. I also took the bubble wrap down from the wee greenhouse, it is warm enough now to do without. The cuttings I took from shrubs and climbers left behind in the last garden are doing well and will need potted up and put outside later in the year.

After the greenhouse I worked along the troughs and pots of plants moved from the last garden, weeding, tidying and topdressing some of the troughs where the plants had been moved around and were a bit high. It's great to see all my old friends growing and moved successfully, although there were a few losses in pots, to be expected. I used the compost from these pots to top dress the troughs.

I also sowed the next batch of seeds in the greenhouse, this was a mix of flowers and veg. Dwarf and runner beans, mixed squash, courgettes and peppers. Then there were some sweet peas, poppies and Liquorice! After that I swept the patio and decided that was a really good days work and went in for coffee and a shower. It was so good to potter about doing all these bits and pieces in comfortable warm sunny weather.

Thursday was dry and sunny again, wow! Today I planned to finish of the Prairie border started at the weekend, see here . I dug over the remaining bed and decided to leave a path through the middle. The large bed was easy to dig over but the second bed was full of roots from the removed willow. That said the soil was nice and dry so it was a lot easier than if it was heavy clay (which I had in the last garden). Although you can't see the plants, the two beds are full and it will be exciting to see them grow and my plans come together (hopefully).

Finally, looking good in the garden this week:

Have a lovely weekend and happy gardening