Colour and sunshine to Brighten a February Day

on February 13, 2015
This week the temperature has risen slightly, the mornings are lighter and the late afternoons drawing out and the snow has gone. It was so good to get some time and the weather to do some work in the garden. Not only does it get things done it makes me feel better too, win win all round.

On Wednesday I tidied, cut back plants and watered in the two greenhouses. Some of the Pelargoniums are suffering a bit from frost damage. The gas ran out during the night last week, typically on one of the coder nights. I have cut this off and hopefully the damage hasn't gone right to the base of the plants and they will survive. It's nice to see the colourful foliage of some of the Pelargoniums, just to prove you can have colour all year round. Pelargoniums will quite readily flower all year round, I usually cut them off in winter so the plants will put all their energy into survival and growth. P. 'Sweet Mimosa' was looking so pretty, I didn't have the heart to cut off her floral efforts.


The succulents and cacti are also looking good and full of colour to brighten up a winter day. 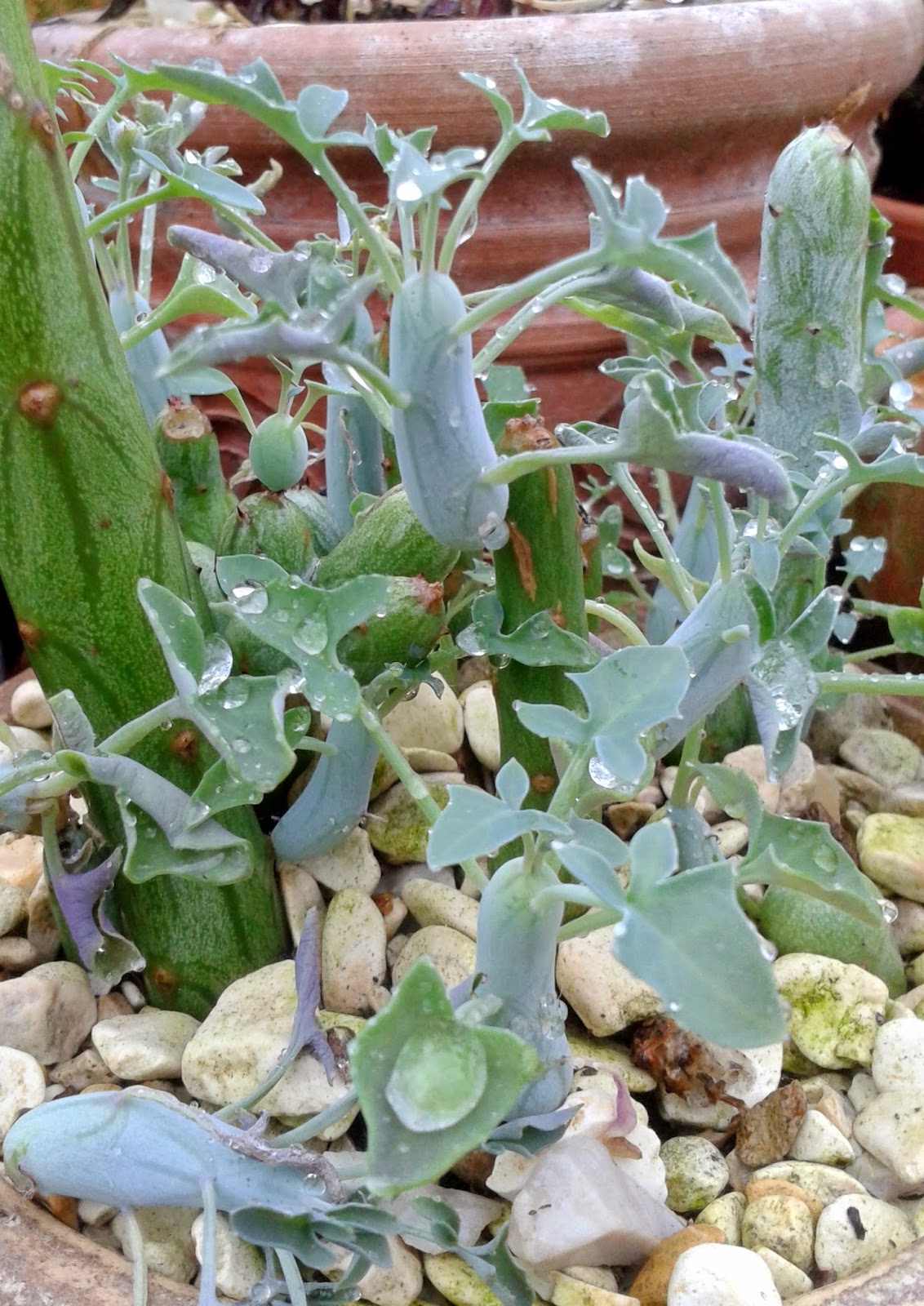 It's good to see the snowdrops I brought with me from the last garden coming up and flowering. Although I have one clump I don't recognise! They don't tie up with my data base or any of the varieties I thought I had, hmmmmmmm.

The other job I did was clean my garden tools. A good brush down with a scrubbing brush, then sat in a bucket full of sand and oil for a wee while. They are then gone over with the scrubbing brush again, all reasy for another year.


Thursday was a gloriously sunny morning and after I'd walked Bracken up the hill and back, a nice four and a half mile walk, I got back out in the garden. Firstly I re potted the lillies in pots. Sadly I don't have as many varieties as I used too. Maybe once I'm in a permanent garden again I will expand my collection. Re potting them is simple, knock them out, remove all old compost and re pot with fresh compost and fertilizer. There were plenty bulbs in the pots, so I potted some up to use for swapping.


Once I'd finished the lillies I got on with more of the dead hedge project. I raked up under the hedge where I'd already cut back, removing rotten logs and rubbish. Then I planted two of the climbers put aside for this project. Clematis montana 'Grandiflora' and Parthenocissus quinquefolia are both vigorous and will fill up their spaces quickly, providing us with lots of lovely white flowers in summer from the Clematis and vivid red autumn foliage from the Parthenocissus.

After some good upper body and arm excersise sawing lots of small and large branches off, I decided to finish off by cutting back and top dressing some of the moving troughs. Its great to see plants have survived and are starting to bud up. I used up the old compost from the lily pots then scooped up some of the mole hill soil that have appeared in the lawn in the back garden, killing two birds with one stone as it were.


By then it was afternoon coffee time and time to finish up outside as I wanted to get some things done indoors too. Over coffee I sorted all the seeds I have in to piles or when to be sown and where (greenhouse or outside). The were bundled up and put back in their box in the fridge until its time to sow each bundle.